JMW: We’re glad to have you. Your path to editorial success is somewhat unusual. How did you go from a degree in computer science to starting your own magazine?

Neil: Stumbling into a series of different careers. I mean, I worked in technology for, well, up until last February and primarily in education. And I had enough time on the side that I would get bored and wanna do different projects. And I had started a bookstore at one point and it was a specialty store in science fiction and fantasy. And I’d been a longtime fan of short fiction.

The bookstore featured a lot of magazines and I started working with some of those publications that feature online fiction from their pages to help promote and sell their issues. And one year, eleven years ago, at Readercon I was talking with Sean Wallace, who was editor of “Fantasy Magazine” at the time, about that project and how Sci-Fiction had recently closed.

And somehow we got on the topic of why some of the online magazines were failing. He had more of the publishing experience, I had more of the technology experience. Between the two of us, we came up with a business plan that we thought might work and for some reason, we were overconfident enough to think that by the end…that we could pull this off. So by the end of the weekend, we had the magazine fully staffed. Three months later our first issue was out and we haven’t missed a month since, but the bookstore is long since gone.

JMW: Oh, but the magazine did great. That’s the important thing. What sets the “Clarkesworld” story apart from the rest? Is it a matter of tone or subject matter?

Neil Clarke: You know, it’s sort of a moving target tech question. It’s…I never really know what it is exactly I’m looking for. I’m looking for something, I guess, the closest to something different than what I’ve read already. So I tend to feature a lot of people that have slightly different styles than what I grew up reading. Reading from when I was 10 years old. So when I started the magazine I was 40. So I had 30 years of short fiction behind me and obviously, couldn’t have read the whole…

Neil Clarke: …corpus of the genre. So people…what I’ve noticed over the years is that people who came up through a different path or maybe are more broadly read in other genres, as well, tend to bring something different. So that’s usually what I’m looking for. Something that stands apart as a little different, something that makes me think or makes me feel, you know, just…and that’s really the closest I can come to saying what it is.

I know there’s… I have very strong opinions of what I don’t want and I’ve actually put those in our submission guidelines. And most famously one of those is “Zombies,” which I’m completely sick of seeing and continue to be slumped with in the slush pile.

JMW: I knew there was a reason why I enjoyed reading “Clarkesworld.” How important were your experiences as a bookseller in shaping your editorial taste or was it what you had read to the point where before you became a bookseller?

Neil Clarke: I think my reading habits played more into it. I think the bookselling gave me more of a sense of how the field worked because as a reader you don’t really, you don’t really understand as much of the behind-the-scenes stuff that you might learn as a writer or somebody in the industry. So I think that they both played in. I think my editorial style is more influenced by my reading habits and my approach to business is more shaped by the bookselling experience.

JMW: So they’ve helped each other.

JMW: About three years ago you started a Chinese science fiction translation project. Can you tell our viewers a little bit about that?

Neil Clarke: Sure. I’ve always been interested in international science fiction and for years I encouraged, you know, people to send this translations and such. And, I guess, maybe four years ago or a little more than that Ken Liu started sending us some of the translations he was working on and we loved them. We ended up buying a few and then, I think, John Chu sent us one or two.

And so we began to get a reputation for being open to international work. And then a little bit more than three years ago, a company in China called Storycom approached us to see if we’d be interested in making that a regular feature. So we’ve worked together with them for the last few years and what they have is a group of people, that includes Ken, amongst others, who will recommend stories to us.

And then we’ll select stories from that to have translated. And then I’ll work with the translator or the author on any necessary edits for the story. We try to have one in every issue. But every now and then the complexities of getting a story translated require a little bit more time. So we might reschedule around that, but it’s been a lot of fun.

JMW: Who are some of the people that have been translated? I believe there’s some award winners in that pile.

Neil Clarke: Oh, yes. I’m really bad with the pronunciation of the names but Xia Jia is one of my favorite authors, who hasn’t received much award recognition here. She actually came close to being on the ballot one of the puppy years. And then there was also Hao Jingfang who won the Hugo for best novelette a couple years ago. And Cixin Liu who’s “Three-Body Problem” won the Hugo…we’ve done a short story with him.

And we’ve been publishing some of the better-known authors that have been over there. And it’s been quite educational to discover the science fiction community on that side. And I, actually, in November, I’ll be heading out to China to actually meet with some of them.

JMW: How cool. That’s great. You also edited a number of anthologies including “Upgraded,” “Galactic Empires,” and “More Human than Human.” How does editing an anthology differ from editing a magazine and do you include translations?

Neil Clarke: If I find a translation that’s appropriate, yeah, I’ll include it in both. I’m editing a year’s best series as well as various theme anthologies. “Upgraded” was an original anthology. So we had two translations in that one. But the difference between the two, I find that a magazine is much more open-ended. There’s no real deadline. We’re always open. So submissions just keep rolling in every month of, you know, 1,200 a month.

So I just need to find enough to fill an issue and I can buy several months out if I have the inventory. So I don’t really have to say no to a story. With an anthology, I have to sort of curate it a little bit more carefully. I only have room for so many stories. I can’t have any that are too similar, whereas with the magazine I could just base them apart a few issues and be okay with that.

So it’s a little bit more work there. Now, an original versus a reprint anthology, then you get a different beast. Reprint anthologies are a little easier because the stories you’re selecting have already been tested. So you know whether or not people hate them or like them and, you know, it ultimately doesn’t matter because it’s what you as the editor really like. But, you know, it does play into know that, you know, I guess, it’s a little bit more confidence going in when you know that these stories have some respect behind them and you can go with that. But I enjoy doing both. They have their advantages and disadvantages, and  keep it interesting by mixing it up.

JMW: Yeah. And speaking of mixing it up and reprint, you recently started something called “Forever Magazine.” What prompted you to start a magazine about, that is all reprints?


Neil Clarke: It was interesting. “Forever” is really a project that allows me to dig into some of the stories that I liked that I didn’t publish. It was started just before I was offered a year’s best anthology. So I didn’t have an outlet for some of that, but it also allows me to publish novella length pieces, which I don’t often get to do in other projects. If you’re doing an anthology, you might have room for maybe one or two depending on the length.

In the magazine, we, if we do a novella, it eats up a significant portion of the issue. So we only get to do maybe one or two of those a year. And so “Forever” really gave me a chance to spread my wings a little bit and play with some types of stories that I don’t get to use in “Clarkesworld” or even stories that might not even fit in “Clarkesworld” thematically.

JMW: Okay. We’re coming up on the end of the interview and we have two questions we always ask. The first one is, what projects, and you’ve got so many of them, which ones are you especially excited about now?

Neil Clarke: Well, I’ve got an anthology coming out in November “More Human than Human.” So that’s the new baby, but, you know, I’m always excited about the next issue of “Clarkesworld” even after 11 years of doing it. I guess the next anthology I’m putting to bed is called “The Final Frontier.” It’s sort of a follow-up to “Galactic Empires” that came out last year or earlier this year. And, you know, I think that should keep my hands full, but I’m also working on trying to do a translation-based anthology as well.

Neil Clarke: No. I just…if you haven’t read “Clarkesworld,” go to clarkesworldmagazine.com. All the issues back 133 of them are available for free and we have the audio of all of them as well. So come and check it out.

JMW: We will. Thank you Neil, and thank you for “BuzzyMag.com.” 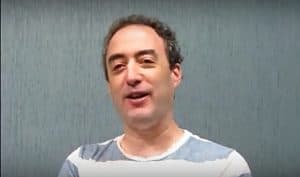 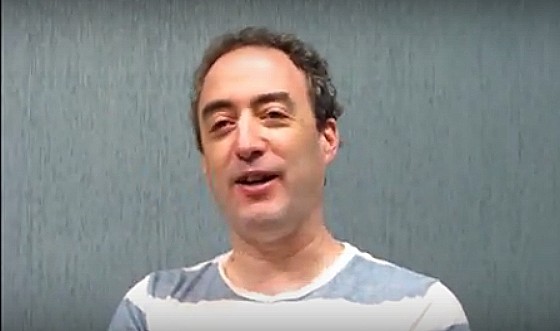