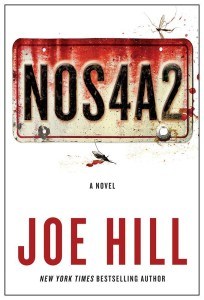 Joe Hill writes horror. This is an important thing to know before going into NOS4A2 (or NOS4R2 depending on where you live), because for the first little while you could be forgiven for thinking that NOS4A2 is more a novel of magical realism…but make no mistake, when things get bad in NOS4A2 Joe Hill takes this novel to some very dark places.

There isn’t a lot of gore. This is horror of a more disturbing bent, and much like Hill’s last novel Horns, NOS4A2 has a focus on the human monsters in our midst as much as the supernatural. This makes the darker parts of NOS4A2 very dark indeed as a lot of the horror feels like something very real despite the fantastic elements.

The story follows Victoria Vic” McQueen who, as a young child, discovers that she she has an ability; she can find anything by riding her bike across a particular bridge and thinking of the object she wants to find. The fact that the bridge isn’t actually there isn’t a problem. Vic makes full use of this ability to try to keep her family together, to find lost things and eventually to go after Charles Talent Manx, a man she suspects is a killer of children.

What Vic finds is something far stranger, and in some ways far worse, than she expected. The experience damages her, and even though she becomes the only person to survive a run in with Manx, Vic is damaged by the experience and lives a life plagued by constant fear and what seem at first to be hallucinations.

Vic is an incredibly compelling protagonist. She’s a very strong, very tough person able to face off with both men and monsters. It’s not as though she doesn’t feel fear, Vic just doesn’t let it get to her. She’s also deeply flawed (through no real fault of her own). Hill does an excellent job of handling both sides of her personality, the poor decisions Vic makes are understandable ones, especially in light of the things that have happened to her and she never does something dumb just for the sake of the plot.

A lot of horror novels have a strong focus on the villains, and while NOS4A2 never lacks for time spent with Manx or any of the other bad guys, it works particularly well because there’s much more time spent with Vic and the other characters. I really cared about her and her family. It made it that much more awful when things really start to go south for them in the later scenes in the book. In the end I think that’s what makes NOS4A2 particularly horrifying; Hill has made it easy to care about the people who are suffering and to cheer them on.

Manx himself makes for a great main monster because he truly believes that the horrible things he does are for the best. He sees himself as a defender, a protector who is forced to do awful things in defense of others. While he’s never truly sympathetic, it’s easy to see why he does the things he does. I don’t want to spoil the secondary villain, but I found this villain far more disturbing than Manx himself. The scenes presented from this character’s point of view lodged in my brain and refused to leave.

While it’s not for the faint of heart, NOS4A2 is ultimately an intriguing and satisfying read. Possessing monstrous villains and a complex, compelling heroine, NOS4A2 is an excellent read. There are plenty of nods to both of Hill’s previous works and to his father Stephen King’s novels that tie nicely into the plot. 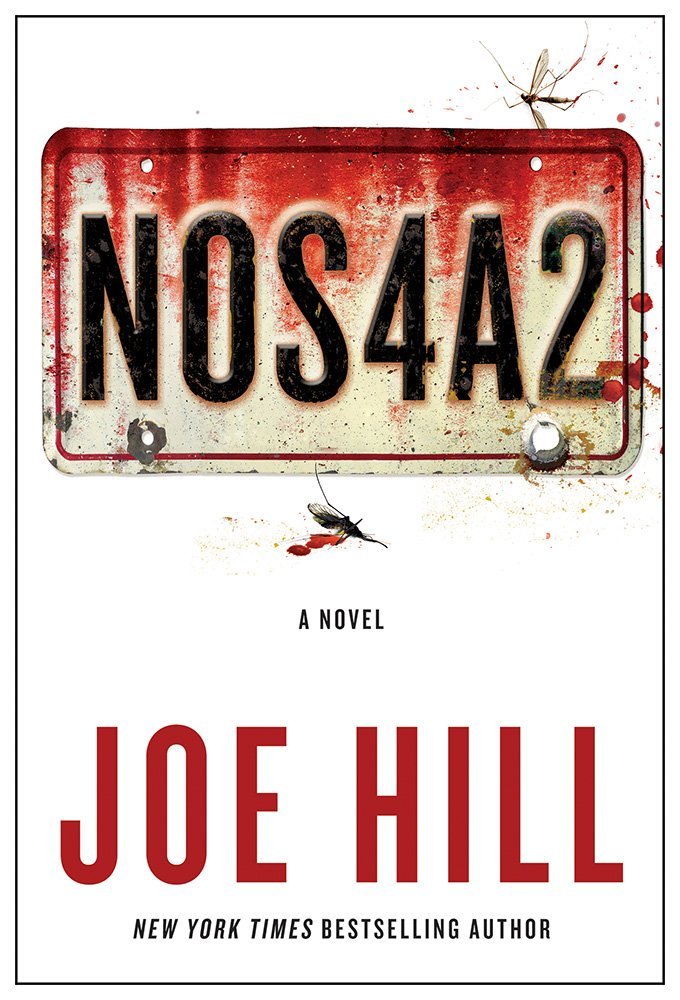 The story follows Vic, from 8-year-old girl to troubled teen to embattled mother, as she struggles to survive as a “strong creative”—one who has access (in her case, via a ramshackle bridge) to an alternate universe constructed from imagination. Problem is, a chief attraction of this other America is Christmasland, a snowy Neverland carnival controlled by cheery, ageless child-abductor Charlie Manx (think Bentley Little’s Mailman or Stephen King’s Pennywise).