A look back at the previous James Bond films and how they measure up with the latest. 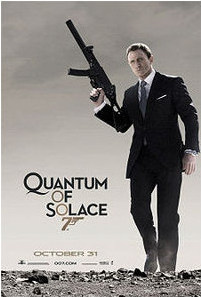 but what I saw on film was like looking at the comic book version, and that is an insult to comic books because when done well comics can exceed pulp fiction and aspire to art.
There has been a parade of Bond’s each one less like the Bond of the books. Sean Connery played… Connery. In almost every film Connery plays himself with the outward trappings of the character. His Bond was misogynistic. A James Bond that wouldn’t last 10 minutes if Jack Bauer was interrogating him but then again how many people would last even five minute of a Jack Bauer interrogation?

Next came Roger Moore. He played the role as a smart sophisticate. His Bond was a bit less violent and a bit more cerebral. Moore’s Bond may have had the intelligence missing in Connery’s, but he still fell far short of the mark. I did however love the Paul McCartney and Wings soundtrack for Live and Let Die.

Then we had the highly forgettable Timothy Dalton quickly replaced by the more marketable gorgeous Pierce (Remington Steele) Brosnan. I could watch Pierce Brosnan paint with pastels and still get all hot and bothered but his impeccable Bond was still nothing like the fellow in the books. Thank God Pierce Brosnan has moved on to other work where he has trashed his pretty boy image and turned in amazing acting performances.

At long last we have Daniel Craig. His Bond could go toe to toe with Jack Bauer (Kiefer Sutherland) and I’m not certain who would win. Fortunately they would be on the same team so that would never happen. Looking at this Bond you’ll see integrity, unashamed patriotism, intelligence and resourcefulness in addition to a physical and mental hardness that would have made a Spartan mother proud. He is loyal, he has values, he can appreciate a comfortable bed and a well made martini but that is not something that defines him. Daniel Craig’s Bond has eyes of steel that could pierce into your soul like Superman could look through a lead lined safe. This man understands Bond and is actor enough to be able to bring this character intact to film. 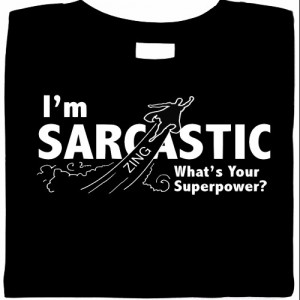 On Thursday night Craig Ferguson of the Late, Late Show was dishing Quantum of Solace

because:
a. the name was not a “Bond” movie name like Goldfinger or Octopussy
b. because there were hints that Bond might be having to deal with emotions left over from the last film where his lover died.

According to Ferguson, no James Bond worthy of the name would have grieved more than 90 seconds. While this made for a funny shtick in his monologue; the Bond of the books and, most importantly, this new film James Bond has feelings even if he doesn’t wear them on his sleeve. He is no robot. He is 100% human and 100% male.

Fleming’s flair was for simple and direct, but each succeeding film was more opulent and elegant, until all that was MI5 was lost in the lavish trappings. This new, yet true, to the original Bond could use any gadget available but he doesn’t need to rely on them. He has that MacGyver touch. If you are looking for plenty of special effects and action you will find them in Quantum of Solace.

How do they manage all of that in dress shoes? Get back to me on that when you find out won’t you? Lots of things go boom. Much cracking of joints and other bones. Fires, deserts, evil people who are wolves in sheep’s clothing. There is Judi Dench, who lends humanity and authority to M, the head of the Foreign Intelligence wing of Her Majesty’s Secret Service.

I rarely see a film more than once before it comes to DVD but I just might have to make an exception with this one. After all, with both Harry Potter and the Half Blood Prince and Star Trek having their release dates pushed back to Spring it looks like my dance card isn’t very full. Hope you enjoy this one as much as I did. A solid B+.