Even if the trailers left you underwhelmed, still go see it and you won’t be disappointed. Great movie, poor advertising. 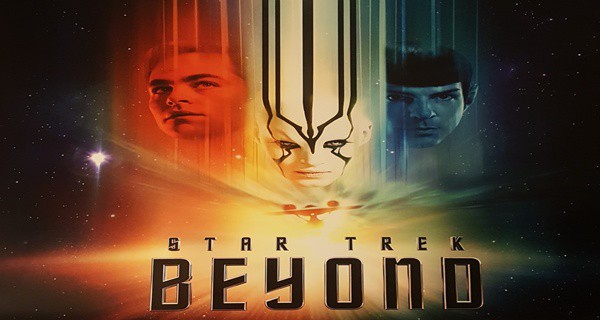 Listen, all y’all, this is Star Trek Beyond

: a fun summer romp, exciting and true to the spirit of Star Trek. You should see it. Right now, even. I’ll wait.

Let’s get this out of the way at the start: Star Trek Beyond had a terrible ad campaign. I can’t stand it. When the first trailer dropped eight months ago, it polarized the Star Trek fandom. It didn’t look like Star Trek

– it looked bizarrely generic, completely ungrounded in the mythology of the Star Trek universe, with what seemed like an unfortunate revisiting of the Beastie Boys’ “Sabotage” moment from 2009’s Star Trek. This trailer dismay ran deep, affecting even one of the stars and writers of the film – Simon Pegg. When speaking to HeyUGuys at the Star Wars: The Force Awakens premiere, Pegg said:

The ad campaign didn’t get any better, eventually containing a parade of spoilers: about Idris Elba’s character Krall, the destruction of the Enterprise, and the inclusion of the Franklin. The ads just left me unsure whether I’d even see this Star Trek film in the theatres.

But I’m gonna set it straight – Star Trek Beyond was an excellent Star Trek film. My husband and I left the theatre commenting that it felt like a first season episode of Star Trek: The Original Series

– which is high praise indeed! The film wasted no time rolling right into the story, opening with a fun catastrophe in interstellar diplomacy before establishing the emotional states of our crew in a series of strong character beats. 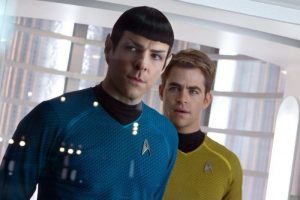 The Enterprise soon reaches the staggeringly beautiful Starbase Yorktown, where we discover that Kirk is stoically committed to making Admiral and leaving the Enterprise. Meanwhile Spock is sideswiped by the death of his other self, Ambassador Spock from the Prime Universe in a very touching moment memorializing Leonard Nimoy, who passed beyond last year. Spock likewise contemplates leaving the Enterprise.

A desperate survivor soon arrives at the Starbase, and the Enterprise rises to the challenge to search and rescue for any other survivors from her ship. Instead, our crew finds themselves shipwrecked and faced with some of their most desperate hours. As the Enterprise is gut wrenchingly dismembered and falls terribly from the sky, I couldn’t help but feel the loss strongly – and I’ve watched the destruction of the Enterprise several times. The crucible of the planet Altamid forges the crew of the Enterprise into a stronger unit, whole and hale and nowhere near done facing whatever deep space has to offer. 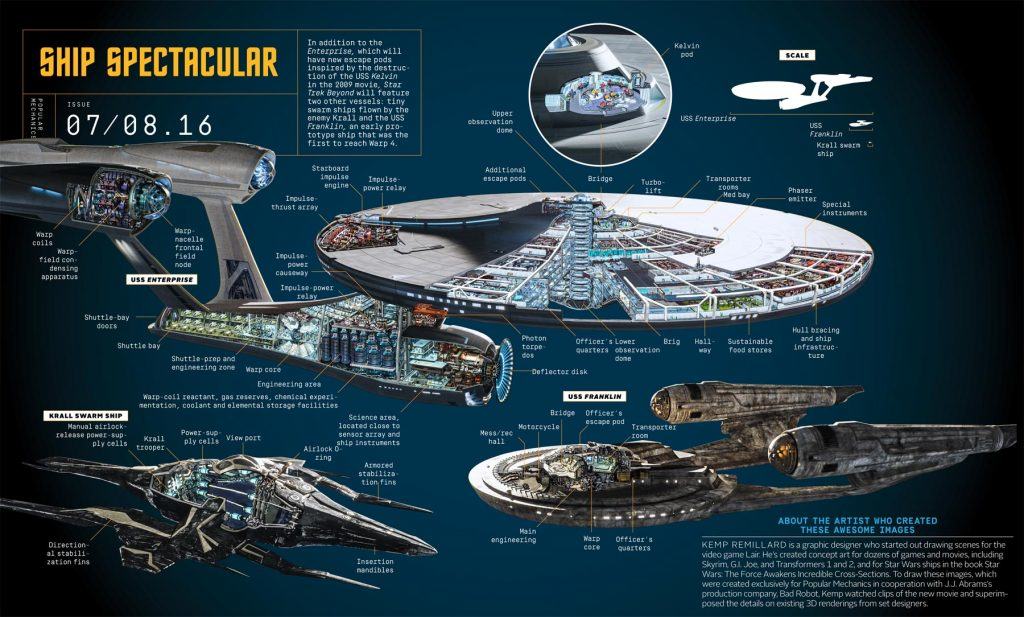 I want to leave you some surprises, and there are several to have – so let me just say this: the actors have finally settled into their roles here, turning in excellent performances of such well-loved and well-worn characters. Chris Pine was finally allowed to be Captain Kirk, with no misplaced lechery directed at people he considered members of his crew. We got brand new and imaginative aliens, references to other brilliant science fiction (Mass Effect and Doctor Who, anyone?), and the effective and appropriate use of “classical music” by the Beastie Boys and Public Enemy. (You COULD resist punching the air when “Sabotage” floods through the Franklin’s speakers, but why would you?) And we got Jayhla. 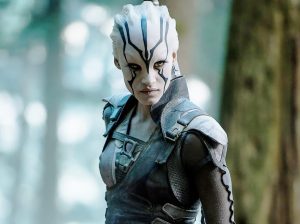 Jayhla is amazing. Her character design is stunning. Sofia Boutella plays her with conviction and authenticity. She is afraid, but strong in her fear. She is stranded, but resourceful in her distress. She is searching for a home and a family, and she believes in Scotty and Kirk and Starfleet when they choose first to believe in her. Her story stands in stark contrast to that of Krall, another bold character, portrayed ferociously and deftly by Idris Elba – where Jaylah claws her way back into the light, Krall can find nothing to hold onto but darkness.

My only real complaint is for Justin Lin’s direction – his quick cuts did not serve the film well when portraying close-quarters action and small details inside battling space ships. He also underlit those scenes, no doubt responding to criticism of lens flares in the previous two films, so the action may have been difficult to follow even if the scenes weren’t moving too fast to see. Several times, I had to rely on context to figure out what had just happened on screen. Another minor quibble is that Pegg and Jung’s script was heavy-handed on metaphor and foreshadowing, but it honestly worked for the kind of movie Star Trek Beyond is. Besides, that minor point is balanced by their economy of storytelling, where even seemingly minor details had an impact on the story in the end.

I’m tellin’ y’all: go see Star Trek Beyond. Go see it again if you’ve already seen it once. You’ll get some free AC in this sweltering summer heat, and the joy of solid science fiction with great characters and action that gets you fired up – while still espousing tenets of peace and galactic unity. You can’t ask for much more than that.