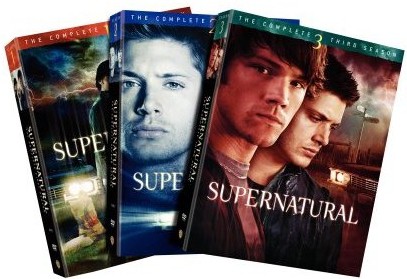 There is a lot of junk on TV these days and for some reason unknown to me, the junkie-er it is the more TV viewers eat it up. I have no idea why on God’s green earth American Idol is on the air let alone shows like The Swan, Survivor: Anyplace, or Deal or No Deal. It must be me because the guys who buy commercial air time on these shows must be getting some sort of response or else they would have pulled their money a long time ago. And it’s not just reality TV I don’t like; I am also not a fan of Ugly Betty, Desperate Housewives, The Big Bang Theory, and Bones.
I am a hard sell when it comes to the time I invest in front of the idiot box. I’m not saying that I don’t watch TV, I do. I like a lot of stuff on the air, but it has to be worth me watching it because when I am parked on my keester I am not doing other stuff that I could be doing while parked on my keester, like reading, gaming, talking with friends and family, or writing.

My best friend and ever faithful assistant, Skuttles, often says to me “It must be so hard to be you.” This statement is usually followed by one of my tirades, such as to how Temperance “Bones” Brennan

can be a bestselling author who writes mystery novels (fictional works at that) and still have no concept of human inter-relations. She is essentially a red-headed Data with boobs but without the ability or drive or compulsion to fit in and interact with humans. How can a person who had up until she was 12 years old lived a seemingly normal life suddenly not know how to interact with other humans? It’s not that she had trust issues or any psycho-babble like that. I just find it hard to believe that an author with no idea of human emotions can write a bestselling book. This is about where Skuttles says “It must be so difficult to be you.” She’s right.

On the other hand, well done TV is something I will go out of my way to schedule time to watch. Supernatural is one of those shows. It has it all, and every week it delivers. Hear me out on this.

Yes, as the name of the show implies, supernatural elements, such as ghosts, demons and angels are confronted and dealt with each week, but this does not disqualify it as not being reality TV. The show centers on two brothers Dean and Sam Winchester and not the monster of the week. The monster bashing is merely a means to end, the reason the brothers drive about the country in Dean’s 1967 Chevy Impala, a sweet little strict machine that some of us call “the third Winchester Brother” (Yea, the car is that important).

Ever since the first episode Dean is looking after his younger brother, trying to protect him from the monsters but all the while needing that very same brother’s help to kick monster butt. Sam has never wanted to be a monster hunter (or “hunter” as they call themselves in the show) because he craves to live a normal life but will not-he is driven by both revenge and power and a desire to assist his brother. These boys don’t have issues, they have subscriptions.

Yes, the show has an ongoing story line, one which I will not attempt to summarize here and now, and yes, the two actors who play the brothers Dean (Jensen Ackles) and Sam (Jared Padalecki) are very easy on the eyes. Dean is buff and ruff and tumble, a no-nonsense, take charge, gun toting, hot-rod driving leather clad bad ass. Sam is cut and wiry, filled with profound thoughts, a thinker, the cavalry come to the rescue wielding psychic powers fueled by his brooding nature and confidence that he can walk the razors edge without getting cut kind of guy.

It is the interaction between the brothers that makes the show for me. Their reactions to events and circumstances are more genuine than most other TV shows. Even though the Winchesters are facing down Hell and the wrath of its fury (within the Supernatural-verse such things not only happen but are sought after by the brothers) they respond in what I would call a “realistic manner.” For instance, Dean and Sam do not have an income. Unlike the A-Team there is no secret stash of money that keeps them in the black; they have no patron flipping the bill for them like Magnum, PI; unlike Buffy Summers they are not in a fixed location and cannot get a job at the Double Meat Palace; heck, they do not even take hand-outs from the folks that they help. The Winchester boys live off of conducting credit card scams. The show does not go into the details of how they pull it off exactly, but it is mentioned pretty often, as both the brothers do it fairly frequently and quite frankly it bothers them. Sam is especially vocal about the ongoing theft; he brings it up whenever he is sad and angry about not getting to live a normal life. Dean does not like to do it either, but considers it a necessary evil applied against his worn and battered soul and chokes down the guilt of his sin. Think about it… how many times have you watched a show and said aloud “I woudda done this, this and this!” or “Why is he putting up with that guy, I’d punch him in the face if anyone ever did that to me.”
If I have not convinced you by now I offer up this little story. My dad is quite a guy, he’s stoic and serious minded with a vein of sarcasm that runs deep. Picture him one half Greg House and one half Gill Grissom. He’s never watched Supernatural because it comes on at 9 pm and he gets up for work at 4 am. He’s in retirement now and enjoys getting to see all these new shows that have been on past his bedtime. While visiting my parent’s house, I watched an episode of Supernatural (After School Special) with my dad one evening. He mumbled a few times loud enough for me to notice but never so loud that I could clearly make out what he was saying. When it was over, he got up from his chair shaking his head.

“What did you think?” I asked because I really wanted to know. He is a hard sell and would have been watching “the History of Tanks” on the Military Channel if I was not there.

“If they got rid of all that ghost crap and focused on the kids, it would be a great show.” He tossed me the remote control, and after a moment added “I am correct in assuming that all you little girls watch this show?” I nod because even at nearly 40 I am still his little girl and smile in spite of myself because I got giggly every time Dean (Jensen Ackles) was on screen. He nodded knowingly and let out a sigh. “At least the boys acted like boys. They reminded me of your brothers.” He headed for the stairs, ready to go to bed. I bid him good night.

As he ascended the steps he said aloud to himself or maybe to me, “Now Rome, that was a great series. Vorenus and Pullo were friends. The best. Great show. Those boys were good, but they were no Pullo and Vorenus.”

High praise indeed, but I guess if you know my dad you’d get the full impact of his statement. Imagine Greg House admitting, in honesty and with real sincerity, that there are other doctors out there as good if not better than himself. Or if Gill Grissim said “we have enough evidence, everyone clock out.”

So, when next Thursday night rolls around, and you were gonna sit through whatever is on the TV may I recommend that you give Supernatural a try. Its well into its 4th season so if you are brand new viewer you may not “get” the ongoing story line, but that’s OK, that is not wholly what makes the show so great. Pay attention to the brothers, Dean and Sam Winchester. Watch how they interact with one another, how the actors become the two brothers and deliver their lines so convincingly that you forget how improbable it is that they are fighting demons of hell. The character interaction and dynamics is going to be better and more realistic than The Office, Supper Nanny, Grey’s Anatomy and Numbers combined. As Scuttles would say “It must be so hard to be you” but I am inviting you into my world for an hour. Then get out. I got things to do.