The Other Side of East Back to the Past!

In August 2001, Cartoon Network launched a new show on its Adult Swim/Toonami block. (Yes, I’m talking about American animé on an American TV network. I told you animé wasn’t all Japanese.) The show was Samurai Jack, by Genndy Tartakovsky. 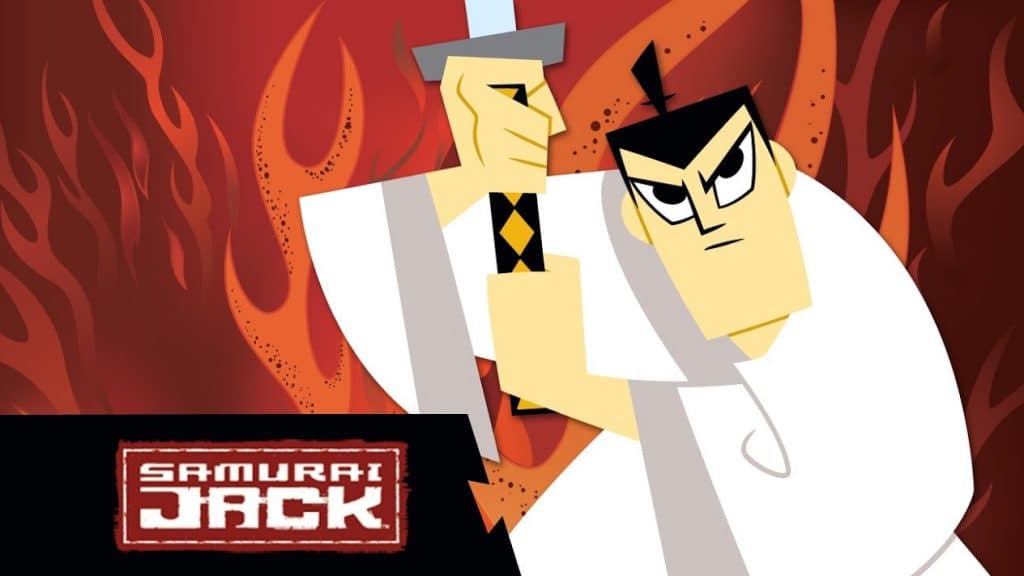 Cartoon Network probably thought they were taking a bit of a chance. Genndy Tartakovsky was still comparatively unknown. He’d attracted some attention with Powerpuff Girls, which was innovative in its way, but very childish. Certainly there was nothing in it to suggest that Mr. Tartakovsky’s next work would be a masterpiece. But it was. Samurai Jack is an all time great. It won four Emmy’s, and if you watch nothing else that I’ve recommended, watch Samurai Jack.

It’s a glorious fusion of Japanese and American animation, featuring a handsome young samurai prince (voiced by Phil LaMarr) battling his way across a bizarre SF landscape after being flung into the future by “Aku, the shape-shifting Master of Darkness”. His name is not really Jack (we never do find out his real name) and all he wants in the world is to go back home to the past and destroy the fearsome Aku before this monstrous future can be created. 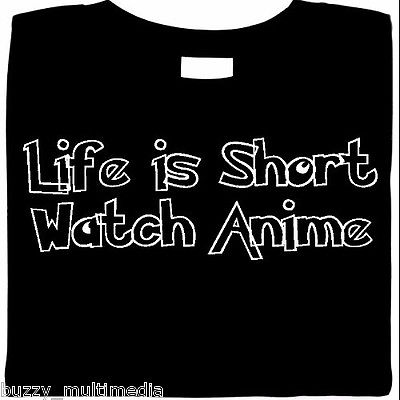 For years, the theme song chanted, “Gotta get back, Back to the past, Samurai Jack” and the fans are chanting it still. Just last week a waitress—barely old enough to have watched the original show—serenaded me with the whole song when she overheard me mention it to the friend I was lunching with. (I left her a big tip and a piece of my heart.)

Jack’s adventures were weird and wonderful as he quested across alien landscapes and through underwater cities, protecting talking dogs and striking down gigantic mechanical cockroaches. Cat ninja hunted him and robot vampires tried to steal his magic sword. Everywhere he went, he befriended the oppressed and struck down evil, all the while searching for the way home. He pursued every rumored time portal and every legend about a magic jewel. More than once he was within an inch of his goal, but had to let it go to save an innocent.

And he never made it home. The show was canceled after four seasons. The fans mourned, and for years there were rumors (alas, just wishful thinking) of a feature film. The film never happened. The incomparable Mako Iwamatsu, who voiced Aku, passed away. Hope wore thin.

And then, this May, like a phoenix arising from the ashes of the past, Jack returned. Not as a feature film, but in a whole new fifth season. There was no pretence in the show that time had not passed. The series opened with Jack in a very dark place, having failed for so long to find either a path home or a chance to kill Aku. He had lost his precious sword—and his faith. He was ready to give up. But, of course, fate sent a spark to reawaken his will. I, for one, was glued to my set.

But how often can you expect a canceled series, however beloved, to reemerge from the past? Surely, this is the first time it’s happened since an irate and devoted fandom demanded that Star Tek (the original TV series from the 60’s) be returned to the air? Turns out that it’s a more common occurrence than I thought. Almost the same time as I got the news about Samurai Jack, it happened again.

Shall I tell you about FLCL? (It’s pronounced fooley cooley.) FLCL is nothing like Samurai Jack. It’s not American. It’s not hugely popular (at least not in this country). It’s not even a long running series. It ran for one six-episode season in 2000-2001. Most of all, it’s not easily accessible. And I don’t mean you may find it hard to locate a copy. It’s on YouTube. I mean it’s hard to follow.

The story doesn’t sound all that complicated. Twelve-year-old Naota Nandaba  (also known as Ta-kun) is hanging out, complaining to his older brother’s former girlfriend Mamimi that nothing ever happens in their boring town. Then, as they are strolling along, a girl on a motor scooter (a Sunglow Piaggio Vespa SS 180, if you’re into that kind of thing) rams right into them, knocking him unconscious.

Haruko—that’s the girl on the scooter—jumps down to give him first aid. But when he starts to get back up, she slams him upside the head with her guitar, just like a baseball batter swinging at a ball. (There’s a lot of baseball imagery in FLCL. The Japanese love baseball even more than we do. And Naota’s big brother is a pro ballplayer in the states.) By the way, the guitar—which Haruko routinely uses more as a weapon than a musical instrument—is a midnight blue, left-handed Rickenbacker bass guitar model 4001.

The blow causes a big lump on Naoto’s forehead, which grows until it looks like a rhinoceros horn. It turns out the blow to Naoto’s forehead has transformed his skull into a teleport machine. The monstrous lump erupts to disgorge Canti, a robot with what looks like a television set for a head. (I said the story line was simple. I didn’t say it made sense.) It’s all because Haruko, who is an investigator for the Galactic Space Patrol Brotherhood/Stellar Fraternity, is checking out the local corporate facility of Medical Mechanica. 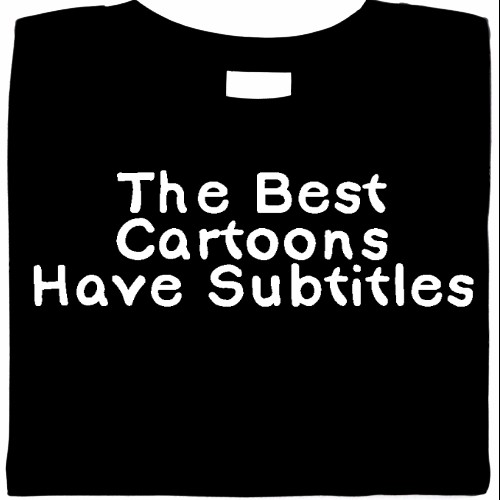 The Best Cartoons Have Subtitles

Are you weirded out yet? Because, strange as it may sound, all this is made confusing, not by its inherent oddity, but by the production style. The art is good—in a comic book sort of way, all wild explosive imagery with dust, fists, random objects and household pets flying every which way. It’s laced with hundreds of allusions (verbal and visual) to as wide a range of subjects and areas of interest as can be crammed into twenty-two minutes of film

There is, of course, an aggressive emphasis on Haruko’s anatomy and Mamimi’s really short skirt. (It’s called fan service. Gainax, the FLCL producer, always provides lots of fan service.) The fan service extends to pointers—actual directional arrows inserted into the picture—which indicate what Naota is thinking about. There are also frequent interjections, in sharp—even minute—focus, on details whose significance is obscure. Not to mention the occasional substitution of a still shot of black and white manga panels with voice overlay.

These absorbing if bewildering visuals can distract from the dialogue which, in the English dubbing and probably the original Japanese, is strangely low-key, and astonishingly authentic and insightful in its depiction of adolescent angst.

You must be wondering why I am wasting your time telling you about this show. You must already be thinking you wouldn’t dream of watching anything so ridiculous. And yet . . . It is inexplicably brilliant and completely unforgettable. I warn you it’s not for the faint of heart, but I can also assure you that it is worth the attempt. And it’s coming back. I feared it was just another rumor, but when I checked it turned out to be true. There will be two new seasons of FLCL on Adult Swim, starting up either late this year or early next. Think about it. 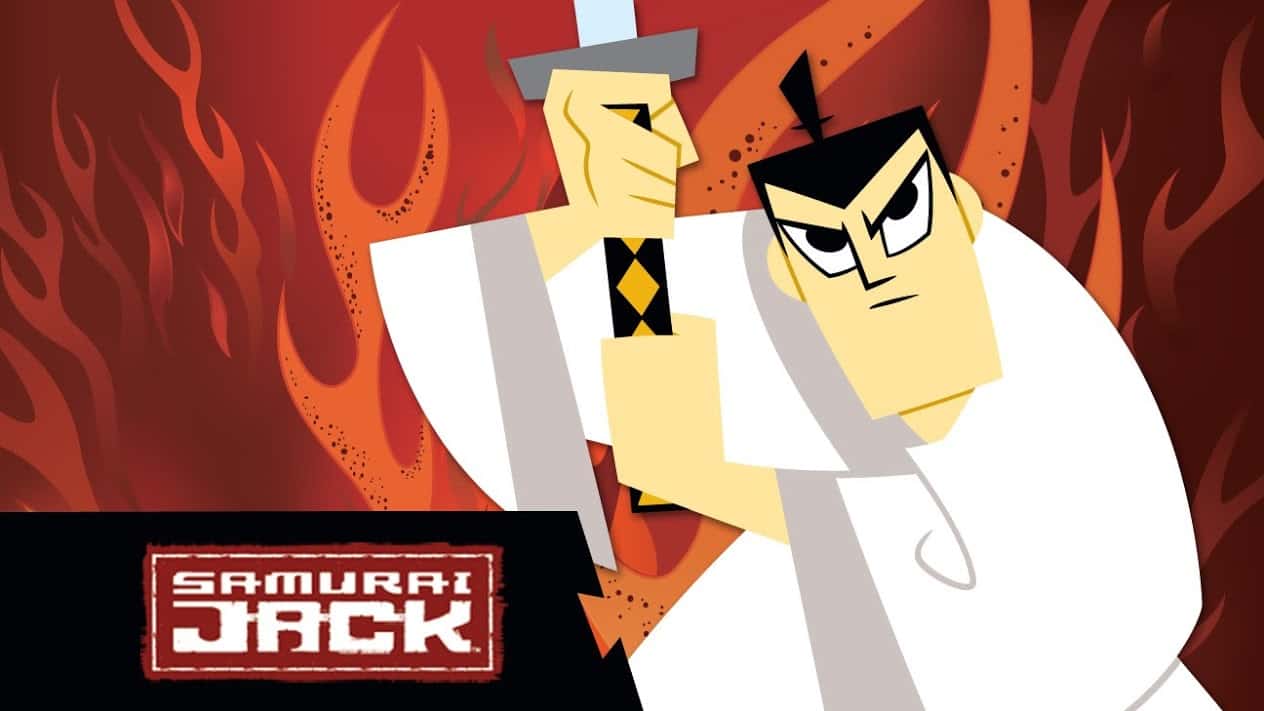