The Other Side of East
The Heart of Animé: Studio Ghibli 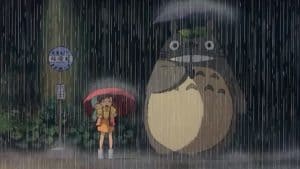 It’s time to talk about Studio Ghibli. It’s been the driving force in Japanese film animation for better than thirty years. Its name has come dangerously close to being a household word. Even those who pay little attention to animé have heard of it. Undaunted by such giants as Pixar, it broached the American market with Hayao Miyazaki’s 2009 film Ponyo, in conjunction with Disney Studios. Parents were reassured by the Disney association, and escorted their little ones in droves to this reworking of the little mermaid story. Similarly, in 2014, Disney’s blessing helped The Wind Rises to gain as much acclaim here as in Japan, despite a very touchy subject: the Japanese air force in WWII. So Americans, even those who have never seen or heard of Porco Russo (1992), accept Miyazaki as an important director, albeit primarily in children’s films.

Studio Ghibli also finds favor with the aficionados, who will assure you that Castle in the Sky (1986), Howl’s Moving Castle (2004), and Spirited Away (2011) are classics in the field of animé—or in any other. They might especially cite Princess Mononuke (1997), a serious film which, beneath the beneath the veneer of fantasy adventure, addresses the issue of human culture’s impact on the ecology of the planet.

And all these films were directed by Hayao Miyazaki. He’s made nine films at Studio Ghibli. Yet even so he is not their only significant director. Although not so well known (at least not on the American screen) his partner, Isao Takahata, is every bit as well respected.

It all started with Topcraft, a Japanese studio famed for its hand-drawn animation. In 1984 Topcraft produced Miyazaki’s first film, Nausicaä and the Valley of the Wind. (Actually, Nausicaä was his second film, but his first, Castle of Cagliostro (1979), was uncredited, not too mention a financial failure. But it did attract the attention of Toshio Suzuki who knew the manga it was based on.) Nausicaä did very well financially, and was enthusiastically received by the critics. (Well, except for in America, where it suffered from being retitled, badly dubbed and butchered in re-editing.) It’s often ranked as one of the greatest animated films of all time. Unfortunately, or maybe fortunately, it still wasn’t enough to save Topcraft, which went bankrupt in 1985.

So Miyazaki, still flush from his success with Nausicaä, got together with his friend, manga editor and adaptor Toshio Suzuki, to buy the remains of Topcraft. They invited Isao Takahata (a Topcraft veteran) to join them, and renamed their company Studio Ghibli. Toshio Suzuki remains the primary producer of the studio. (He became Director in 1990.) Miyazaki directs most of the children’s films, for which he he has such a special gift. Isao Takahata directs the more adult material. I can’t help wondering if, way back in the beginning, they thought Takahata was getting the more prestigious position. He may not be well known here, but he’s a big name in Japan, and in animé in general. His 1986 Graveyard of the Fireflies still brings tears to my eyes. His more recent The Tale of Princess Kaguya (2013) is a masterpiece. (It got a 100% rating on Rotten Tomatoes, which is unheard of.) 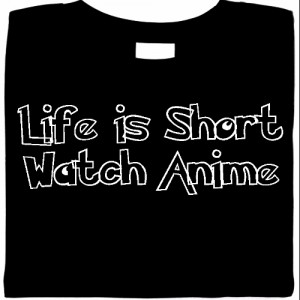 So which ones do you need to see? Obviously, that depends a lot on your personal taste. Some are very childish and others are disturbing. Mind you, when I say disturbing, I do not mean anything R-rated. Studio Ghibli has never made anything gross or raunchy. But consider the above mentioned Graveyard of the Fireflies. It’s the story of two orphans in post war Japan. Japan was devastated by the war. These children must navigate a conquered, barren landscape where hunger lurks on every doorstep. They are just children and they make some foolish mistakes, and pay bitterly for them.

When I say the film is disturbing, I mean it is disturbing in the same way that the story of The Little Match Girl is disturbing. It sadly but honestly portrays the inevitable consequences of poverty. So maybe you don’t want to pick that one up for family night. But when you are feeling brave enough for something serious, it is heartbreakingly beautiful

Most of Ghibli’s output is not that dark. There are numerous straightforward fantasy tales in which young girls find a way to enter the spirit world. (I’m trusting that you have figured out by now that in the Japanese mind, and in Japanese literature, the spirit world is never far away.) My Neighbor Totoro (1988) is about two sisters who, upon moving to the country, discover they are living right next to a forest full of spirits, particularly one Totoro, who looks sort of like a gigantic bunny and who is simply fascinated by umbrellas.

It is uncompromisingly aimed at children, with the younger of the sisters—no more than six—being the approved spokesperson to the other world, and held together by only the slightest of stories. But as is so often the case with Miyazaki’s work, the film remains palatable to adults, by virtue of its whimsical imagery and its sheer charm. It may be thirty years old, but it has not become dated, nor does it fail to measure up to modern production standards. It’s not just a children’s story. It’s a perfect and timeless children’s story, as ageless as Christopher Robin.

In 2001 Spirited Away reiterates the theme of a child entering the spirit world, but here the heroine is a ten year old girl rather than a small child, and her contact with the other side is darker. Not so dark that it’s unsuitable for children, but not the happy, helpful place we saw in Totoro. The girl and her parents stumble unknowingly into the spirit realm. While there, the parents misbehave at a restaurant, and are transformed for their error into pigs. The girl must then enter into service under a witch to earn their freedom.

In Spirited Away we discover motifs that are commonplace in Japanese fairy tales, but are largely unfamiliar to an American audience. The girl must labor in that staple of Japanese culture and leisure: a bathhouse. She sweeps up dust spirits and cleans a stink spirit. She befriends a river spirit, and tends the wounds of a dragon that is nothing like the dragons of the west. She encounters the spirit NoFace, a tall black blob with a heavy mask concealing the place where the front of his head should go. That’s aside from all the universal magics, such as flight, shape-shifting, and evil, name-stealing witches.

Then in Howl’s Moving Castle, the protagonist is still older—still a child, but on the brink of adolescence. Her entry into the spirit world is clearly symbolic of the passage into womanhood. Castle in the Sky is a delightful steam punk adventure about a young airplane mechanic who rescues a kidnapped princess from a lost, ancient civilization, the last remnant of which stands on a floating island concealed in the clouds. Or, if you’d like to see how the Japanese handle a familiar western theme, try Arietty (2010), about a race of tiny people, not unlike The Borrowers, living under the floorboards. Or Tales from Earthsea (2006) based on the Ursula K. LeGuin novels (and much better than the American television version).

You can see that I love these films. I also love the ones I haven’t mentioned, or mentioned only in passing. I probably shouldn’t try to tell you about them all; there isn’t time or space. But, as I said, Studio Ghibli didn’t make any bad movies, just a few that weren’t quite as good as the best. So you don’t have to wait for my recommendations; just go on line and check the list. You’ll find a lot of them on Netflix. Feel free to start with the most recent and/or the most famous ones. There will be plenty of time to look for more after you’ve fallen in love. 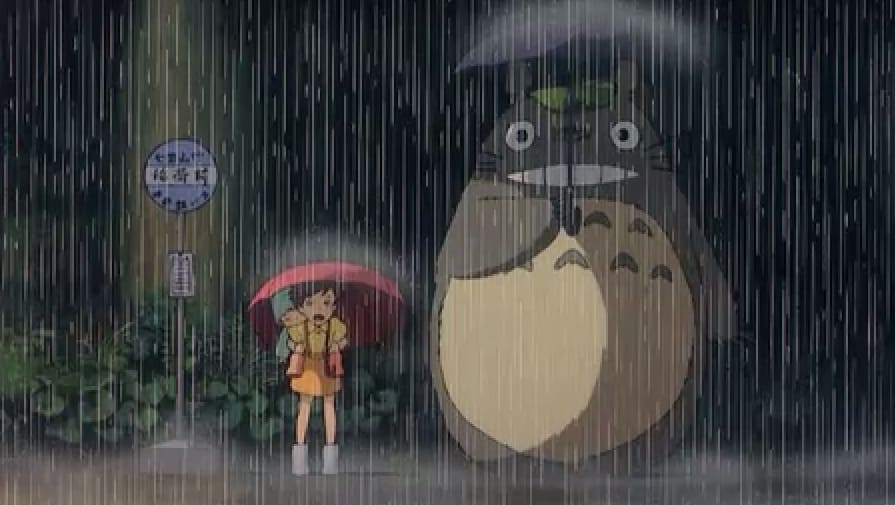 Article Name
The Other Side of East - The Heart of Animé: Studio Ghibli
Description
It’s time to talk about Studio Ghibli. It’s been the driving force in Japanese film animation for better than thirty years. Its name has come dangerously close to being a household word.
Author
Michaele Jordan
BuzzyMag.com