The Qualities of a Good Game Master 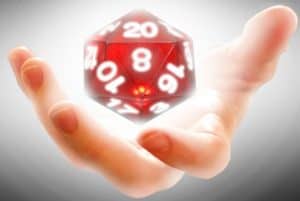 As those of you who follow my Buzzy Blogs know I am die-hard gamer and have been into the whole RPG thing (Role Playing Games) pretty much since its inception and introduction to the masses back in 1979. The rest of you who are reading this know it now. I have played a lot of RPGs in my day, logged many hours at a table throwing dice and creating characters. At the risk of sounding even older than your grandparents if I’ve learned one thing in all my years I’ve learned this: it doesn’t really truly matter what system you play, what dice you use or what genre you’re in so long as one thing is present-a good game master.
A Game Master, or GM as they are typically called is the person who runs the game. If you are playing your character and the other people at the table are playing their characters than the GM is everything else in the world. He is not only the other characters you meet and interact with (NPCs), he is also the time of day, the weather, the environment, and the hand of Fate. If you have a good GM you and everyone else present will know it.

Here’s an example of what I mean… years and years ago, back when cable boxes had little buttons you had to get up out of your chair and walk across the room to press down to change the channel, I was invited to play in a game called “Cyberpunk.” This is not your “Cyberpunk,” this is your Daddy’s “Cyberpunk.” The original way God and William Gibson intended. The group met about once a week and played for about 4 hours at a time and did so for about 6 months before it broke up. Those of you who are inclined to do math can tell those of us who are not that I spent just under 100 hours playing this game. In all that time not a single one of us at the table had any idea whatsoever that “Cyberpunk” was a deeply flawed game in that the designer had completely neglected to write the rules for cyberspace combat. We never knew because the GM handled that dilemma on his end. All we players had to do was wield our dice and stay in character, style over substance all the way (a common “Cyberpunk” battle cry). It was not until I joined a different group of kids playing “Cyberpunk” that the lack of the

rules became apparent. There was constant bickering at the table over the rules, how to interpret them and what they meant. When a rule decision was made is was declared mostly out of frustration guaranteeing that when the very same problem came up again there would be yet another long argument about how to settle it.

With the walk down memory lane behind us, let me cut to the chase and spell out to you what I consider a good GM to be.

First, it is the responsibility of the GM to secure a place for the game to be held. Very often the game is run out of the GM’s house so that he will be able to control the surroundings and create an environment conducive to gaming, but it doesn’t have to be. Anyplace that is semi-private with no distracting background noise will do. It is as important that there is enough seating for the players to lay out their character sheets and roll their dice as there is that the GM is able to set up a screen and be in easy and comfortable reach of everything he needs.

Next the GM has to want the job. He has to want to run a game in a system he knows and understands and use those game mechanics in a genre he likes. I am not a fan of fantasy sword and sorcery games. Heck, I don’t even read those types of books. But I am currently in a DFoS Skype (Dark Fantasy of Sundrah) game that is freaking awesome! The GM running the game is tight, he knows the game mechanics inside and out, knows the backdrop of the DFoS world, has a plethora of NPCs at the ready and creates an atmosphere for us gamers that is wonderful to interact in.

There is a world of difference between playing a game and running one. Some people are just not cut out for the job. If your GM got tricked, suckered, or pressured into running the game I promise you that it will be a monumental waste of everyone’s time. I know this from personal experience, both as a player who tried to play under a disgruntled GM and as the person who was victimized under peer-pressure to run one. Players may not wholly realize the time that a GM has to put into a game before the first die is cast in a session. First, he has to make sure that there is a story to run and there are only two options for him at this point: buy a module or create one himself. There are pros and cons for each but the end result is the same: a big investment of time before the first player shows up for the game.

Another quality I feel that good GM should have is a certain level of assertiveness. The GM is for all intensive purposes the world your character lives on and the very air that it breaths. Therefore the GM and only the GM should be the person who decides how gravity works in his world. If there is a rule discrepancy the GM is the guy who makes the line call, not the player. He can be open to listening to their ideas and has to be rational enough to concede if his players have a valid point, but in the end the GM’s word has to be final. Nothing ruins everyone’s fun time than the type of player called a “rules rapist.” Just about every group has one, the guy who is more concerned about eking out one more bit of power out of his character by manipulating and reading into the rules than he is actually playing the guy he rolled up. This is the same guy who will balk and challenge the GM whenever he can. He will try to call him on a bluff that doesn’t even exist by braking game play to question rules when it suits him. 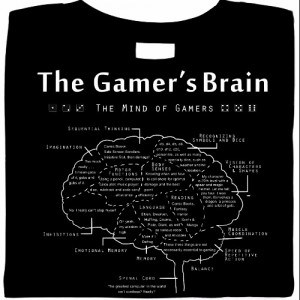 On an aside note, it is a worthy trait of a GM to have the ability to not beat the ever loving snot out of the afore mentioned folks.

Lastly, and maybe most importantly, the GM has to know and like his players. Obviously this is impossible in tournament gaming, but I am talking about the on-going long term campaigns that most of us are committed to. The GM either has to be able to keep the power gamer, the min-maxer, the rules rapist and the in-it-for-the-social-outlet guy under control or the whole game is an effort in futility. It is my opinion that if a good GM has the respect of his players then even if these problems exist it will not stop or hinder game play.

Although I have written this blog largely from the point of view of what as a player I like to see in my GMs I do have this last little bit to add on for good measure. It is not the GM’s job to kill your character. In most cases players can get their character’s killed just fine on their own. With the exception the RPG “Paranoia” I don’t believe that there is a single gamer out there whose intent is to kill the character (but let’s be fair, CoC is designed to drive the PC insane). If you find that your GM is trying to kill your character it may just be his subtly or passive aggressive way of trying to get you to quit his game.

That is not to say that there are not those GMs out there, and they know who they are, who feel it is their god-given right to kill every horse the players by (Eric K.) forcing them to walk every place they go so that you can use the “Walking Encounter Chart” that you prefer; that blow up every vehicle that the character buys with their hard won experience points forcing the PCs to take mass transit everywhere they go (Frank M.); that host a mystery setting and will not let us find any clues even when we create a perception roll or astraly travel back in time to unravel the mystery (Kevin R.); that encourage players killing other players (John C.); that bring their annoying S.O. to the game knowing full well that she doesn’t want to play (Tom W.); or that one guy who was just so miserable at it that the PCs charge a police station and open fire with the intent of killing their characters just to end the misery that was called “Dark conspiracy” (Ken K.). I don’t like to name names, but since I did, I just want to remind you that you are a GM only because we players show up every week. 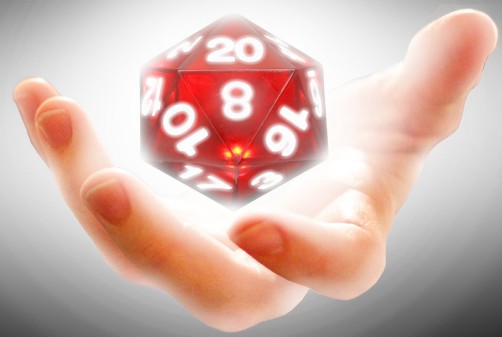