The Tao of Joss Whedon
by Theresa Bane 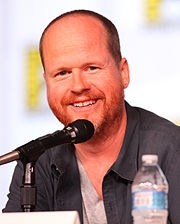 Joseph Hill “Joss” Whedon is truly a renaissance man, actor; co-creator of Bellwether Pictures; comic book writer; composer; executive producer; film director; founder of Mutant Enemy Productions (grr arrg); screenwriter; and television director-it looks as if there is nothing in the entertainment industry he cannot do. Everything Whedon has worked on has either been either widely successful, becoming a house-hold name, like “The Avengers,” “Buffy the Vampire Slayer,” and “Toy Story” or goes on to be a deeply loved cult-classic, such as with “Dr. Horrible’s Sing-Along Blog,” “Firefly,” and “Doll House.”

Whedon is a terrifically talented individual who, be it through education or instinct, totally “gets” human nature; this is why, in my opinion, he is able to tap into what we love to love and hate to hate. Whedon hooks us into his stories and creates characters we not only care about but feel like we have a vested interest in. Don’t believe me? Go to your next local fandom convention and see for yourself.

So I was thinking…if you want to write like Joss you need to know the man’s secret kung fu. Not that I am a master of all things Whedon, but I am a fan of “Angel, “Buffy,” “Doctor Horrible,” “Firefly,” and “Toy Story.” I feel after watching these shows time and again I have a pretty good working knowledge of some of his little tricks. Here’s a short list of his favorite themes I’ve compiled for you to consider, call it “The Tao of Joss Whedon” if you will.

Let the Wookie Win.
In the Whedon-verse, no matter where you are, who you are, or what you are doing, the bad guy NEVER gets to finish his evil-overlord “Muhaha” speech. You saw it way back when as the Initiative zapped Spike into submission in Buffy during his villainous tirade and then again when the Hulk shut Loki the hell up in “The Avengers”.

No One is Safe.
There is a certain class of character that is yet to be officially recognized as an archetype, but it exists; I like to use a gaming term I made up and call these folks Alpha NPCs (non-player characters). These are the secondary characters we love and the main characters rely on – right up until the point they die that is. Wash of “Firefly” is maybe the best example of this; I don’t know anyone who didn’t gasp aloud when he died. Pilot of the Serenity, he got them out of hot water time and time again as he cracked wise. When he died, it was fast, sudden and utterly shocking. Another example would be Agent Phil Coulson in the 2012 Avengers movie; he too was an Alpha NPC-loveable, memorable, the wind beneath the hero’s wings, and even in death, motivating his team to go for the gold. Fred of “Angel” died badly just as she realized how in love she was with Wesley. Buffy’s mom, Joyce, was dead on the floor as one episode began; her death was maybe one of the best hours of television I have ever seen.

People Can Change, Can’t They?
Whedon is a master character crafter and I love how he can believably, slowly, and subtly change a bad guy to a good guy. Spike of “Buffy” is the most obvious example, the uber-bad-guy turned good-guy of his own free will. Granted the chip in his head got him moving in that direction, but he was already moseying that way anyway. Rupert Giles, Buffy’s Watcher was at age sixteen “less ‘Together Guy’ and more ‘Bad-Magic-Hates-the-World-Ticking-Time-Bomb Guy,'” however, over time managed to get his life back on track and don his white hat. But, every once in a while his Ripper-like behavior (his teen gang-name) would pop-up, we saw him kill Gloria, burking her to ensure that she would never bother Buffy and her sister, Dawn, again. It sort of makes you wonder, is the character inherently good and having occasional “bad” slip-ups, or is he truly evil and going through a “good” period in his life? Doctor Greg House would be intrigued. And lest we forget Shepherd Book of “Firefly”. Talk about a man with deep, dark secrets. For a docile peace-loving man he sure did know a lot about guns, the military, and the black-market. Mal told him one day they were going to have a discussion on the topic; the preacher assured him they would not. Book died in a Reaver massacre with all his secrets intact.

Race is not an Issue.
I don’t think race was ever an issue in any of Whedon’s productions. Fred and Gunn were an inter-racial couple on “Angel”. In “Buffy”, Willow, who had been crushing on Xander and dated Oz, ultimately found happiness in the arms of beautiful and gentle-natured Tara. Buffy dated not one but two different vampires. I do recall one episode of Buffy where Darla left Spike for a slime demon and the platinum headed bad-boy vampire went on a rant pointing out the faults of slime demons as a race, but I don’t know if that counts. Additionally, Zoe and Wash of “Firefly” were a more traditional inter-racial couple, is such a thing exists.

Romance is not Dead.
Whedon has many strong female leads but his men are also manly men, big, hot, hulking, and strong but when they get twitter-pated over a gal, they get goofy, and it’s so romantic. Sometimes it is a little creepy (like when Spike was keeping house with the broken Buffy-bot) but always very sweet. Mal, the captain of the Serenity on Firefly was so awkward acting around Inara that he just never quite knew what to do with himself. He mumbled, stammered, did not know what to do with his hands, ultimately bowing up to take a stand just to look all buck for her. It was painfully obvious to all of us how much they both liked each other, but Mal hemmed and hawed so much it kept poor Inara constantly confused. When Spike tried to court Buffy, he ended up stalking her and when he had the chance to tell her how he felt blurted out with “Your hair is stupid” before storming off. In Toy Story, Woody was very sweet on Little Bo Peep, but he was too shy to ever act on it. Fortunately for Woody, Bo Peep was Whedon Woman Strong and took matters into her own hands by the movie’s end.

Say What you Mean and Mean What you Say.
If I were ever going to run for public office and seriously wanted to win, I would hire Whedon to write all my speeches. No one, bar none, can write a more inspiring speech than this man. Buffy usually had one per episode, but in every show and movie of Whedon’s so far someone has at some point given a timely, moving, and impassioned speech moving me to tears (and I’m no cry-baby push over). Also, if you’re going speak in the Whedon-verse you need to do so properly or you’ll be all sticky-outie. Verb your nouns and make your nouns into adjectives. Invent a new word if you need to. Don’t be afraid to throw in the occasional foreign word or obscenity. And by all means, whenever possible, speak in movie quotes. Don’t have time to figure out how to do this all on your own, no big, check “Slayer Slang: A Buffy the Vampire Slayer Lexicon” by Michael Adams.

Strong Women are a Must.
Buffy, Faith, Fray, River, and Zoe were all warriors. Cordelia, Fred, Inara, and Willow were warriors too, not on the field of combat, but each in her own way. What is best about Whedon’s women are that they are all strong female characters without the men in their respective worlds being made weak, either morally or physically. Whedon understands that a woman can be powerful and self-reliant in a world where men are strong too. His women fight alongside men as their equals, not against them. Gender was never an issue for him.

In short and in conclusion, The Tao of Joss Whedon looks like pretty simple stuff and boils down to “be awesome” in your character and world creations. To achieve his level of greatness I would suggest watching some of Whedon’s stuff so you can see for yourself how he creates these memorable characters. Of all the shows and movies I have mentioned, I suggest watching the TV series “Firefly” and the series ending movie Serenity and I’ll tell you why-of all his works I feel that he did the best job with character development and world building. I know others will argue that he was able to do more with “Buffy” (seven seasons) and “Angel” (five seasons) because they ran longer, but there are also lots and lots of characters that came and went as well as a bit of shark jumping towards the end (not to mention the musical episode and the Muppet transformation). On the other hand, Firefly ran only for one season, so it’ll only be a weekend commitment to watch it all. It was not on long enough for there to be a crappy season or characters to rotate in and out, but most of all, there was a pre-scripted beginning, middle and end to the story arc. You’ll love it and thank me Monday morning.