A young woman, born at the turn of the 20th century, is rendered ageless after an accident. After many solitary years, she meets a man who complicates the eternal life she has settled into. 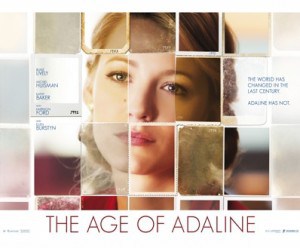 There are Sci-Fi movies that are all SFX, explosions, wild rides, with Very Big Ideas or at least giant struggles. Then there is the occasional gem that has a solid,speculative science basis on which to hang the trajectory of its story. Age of Adaline is one of the latter. Moviegoers who aren’t into Sci-Fi at all and find fantasy to be distasteful will probably have a hard time enjoying this because of the premise but for the rest of us it is not too great a stretch.

Age of Adaline tugs the heart because you can understand the predicament of the protagonist. She was an exceptional woman who became even more exceptional in a few moments of time. That gift was also an isolating burden that separated her from her nearest and dearest.

This story is an exploration of what makes a life real. Keeping emotional distance is at best a half-life and you can see Adaline yearning to live again after decades of being a non person. There is longing and regret but ultimately renewal. Those who find the plot basis to be thin should have found all the Highlander movies as well as the tales of vampires to be impossible to watch.Dealing with immortality is bound to cross over into an area where you need to suspend your disbelief or you will not be able to go with the flow of the story. This is not The Lake House and most will probably see it as a chick flick but I enjoyed it and I suspect you will too. You should enjoy the sheer beauty of the cinematography. The direction is done with a deft hand and is seamless at least to this viewer.

Kudos to the entire cast. Not a false note among them. Blake Lively is well suited to the role. She was more Audrey Hepburn than Gwyneth Paltrow. She plays Adaline as an elegant and smart woman who rarely shows the vulnerable soul beneath the surface.

I rate this film a solid B plus.

SHOP – The Age Of Adaline 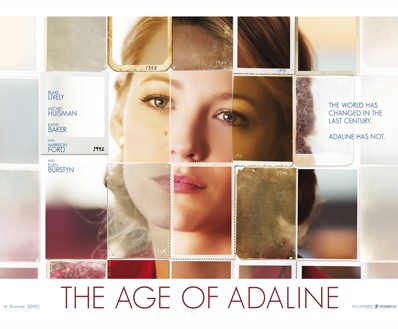 Article Name
Age of Adaline Movie Review
Description
A young woman, born at the turn of the 20th century, is rendered ageless after an accident. After many solitary years, she meets a man who complicates the eternal life she has settled into.
Author
June K. Williams
BuzzyMag.com