Finished binge watching all of the Star Wars Movies and want MORE??? I recommend a heavy dose of some great Star Wars Books to fill the void before and after you see the new movie.

Star Wars ads are taking over. There is soooo much hype all around (seriously, EVERYWHERE) that fans are ensuring their experience will be at the utmost perfection by studying up and re-watching all of the previous movies.

If you are like me, you got through all of them in a couple of days and are left feeling empty, impatient, and simply wanting more! I thought I would help our readers experiencing this painful withdrawal by extending another outlet to numb the pain – Star Wars Books 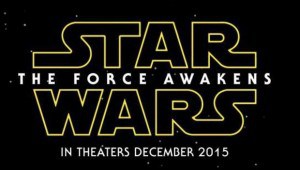 Here are a few to get you through:

This is one of the newer Star Wars Books. It was released in July 2015, and was written by New York Times Bestselling Author – Christie Golden

. Based on episodes of The Clone Wars never-produced TV series, it remains a top-seller and is highly rated.

Without giving too much away, it centers around the war between the Dark Side and the Republic for control of the Galaxy. Sith Lord Count Dooku (a former Jedi Master and crazy good fighter/killer) has grown in power and is exterminating those who don’t follow him at a rapid pace.

Desperate times call for desperate measures, so the Jedi Council makes the tough decision to enlist the help of former Sith acolyte Asajj Ventress. With Jedi Knight Quinlan Vos, the council hopes that Ventress’ hate for her former master will ignite the Force’s power and lead to an ultimate death of Dooku.

Star Wars: Lords of the Sith

One of the Star Wars Books featuring the notorious team of the Emperor and Darth Vader, Paul S. Kemp

The Emperor and Vader find themselves in a bit of a pickle when a group of freedom fighters, led by an idealistic Cham Syndulla, and pissed off former slave, Isval, threaten their power over the important planet, Ryloth.

Ryloth is key to their ruling because of it’s “spice” narcotic and easy slave labor. Uncharacteristically, the duo head  to the planet to take care of this “problem” themselves. The Emperor uses this fight as a way to ultimately test Darth Vader’s skills and dedication to the Empire, through a series of tests. The book gives readers a larger glimpse into the true feelings of Vader and the emotional struggles he must overcome to continue his work with the Emperor.

Already a Bestselling author of Star Wars books, this one is written by James Luceno

character Wilhuff Tarkin a sort of spin-off that highlights his role in the Galaxy.

Tarkin becomes in charge of a super-secret, planet-sized mobile battle  station being developed by the Emperor. Once completed, it will make his rule more powerful than ever.

In a shocking turn of events,  Tarkin’s camp was attacked by a separatist ship equipped with Drones. The Emperor responds by assigning Darth Vader and Tarkin the task of finding out exactly who is responsible for this threat to the Empire.

Star Wars: Heir to the Jedi

and released in March 2015, this story takes place between A New Hope

and The Empire Strikes Back

. The Rebel Alliance now recognized Luke Skywalker as a hero after he destroyed the Death Star, an important win for the Rebels in the fight against the evil Empire.

The celebration came to a halt when the best cryptographer of the Rebel Alliance is kidnapped by Empire, hoping to use her talents for their own gain in the war.

Though not fully trained as a Jedi, Luke takes on the SUPER INTENSE mission of rescuing her. Unfortunately, Luke no longer has the assistance of his former master, Obi Wan Kenobi, but he is still fortunate enough to carry out their objective with his trusty, fan favorite droid, R2D2.

wrote this Star Wars adventure that was released in July, 2013. What a lot of readers will like about his one is the character recognition. Lando Calrissian (love him!) calls upon Han Solo, Leia and Luke to help him with a huge problem…

Two “businessmen” have invaded his asteroid refinery, located in the Chiloon Rift, and he hopes his trusty comrades can quickly help restore order. What they thought would be a simple, diplomatic mission, quickly transformed into a full on battle that mimics the intensity of the war against the Empire.

What most love about this one in particular is the familiarity and parallels to the movies, as well as it being a great stand-alone novel that anyone can read.

Get to reading! It’s good for your brain!