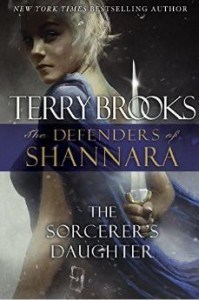 BROOK NOT THE MEMORIES.

I used to like Terry Brooks. I read the original Shannara

trilogy in high school, then the Heritage of Shannara

, and the Voyage of the Jerle Shannara

series; quite possibly even the High Druid of Shannara

and the Genesis of Shannara trilogies. It’s difficult to pinpoint precisely where I stopped, because for a long while there I was reading Brooks through sheer inertia. His books lost their magic. I didn’t really enjoy them anymore.

I remember exactly where I gave up on Raymond E. Feist. It was early on in Rides a Dread Legion

, shortly after the sentence: “It felt like hitting a stone wall, but it threw the demon backwards a few feet and allowed Brandos just enough time to pull away before a massive clawed hand decapitated him.” Poor dead Brandos! But then came the immediate sequel: “Brandos lashed out with his sword, striking the demon’s exposed arm.” So, either Brandos was fighting on headless, or Feist had meant to write ‘before a massive clawed hand could decapitate him.’ 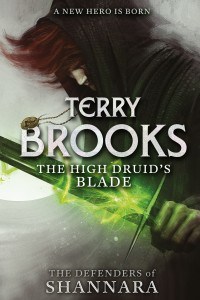 The High Druid’s Blade
The Defenders of Shannara
Book 1

The lesson, it seemed to me, was that Feist was too well renowned an author, with too big a fan base, for anyone to bother editing. I suspect the same to be true of Brooks. In fact, The Sorcerer’s Daughter

comes packaged with a bright orange warning spot on its cover: The Shannara Chronicles is NOW A MAJOR TV SERIES

. If the indentured audience is sufficient to guarantee a profitable readership, why take pains to make the novels any good?

Terry Brooks is an imaginative writer; this there’s no denying. Magic courses through Shannara, spawning creatures of nightmare but also the beauty of the Wishsong. Brooks gives us elves and dwarves and bordermen and druids. He binds the reader to each of his characters and crafts sweeping quests across dark, twisted vistas. He also develops his world, progressing it through various technological and socio-political stages; and this, strangely enough, is a problem.

Obviously it’s not a bad thing by and of itself; but Brooks doesn’t seem to have time nowadays for the grand immersiveness of his earlier (often very large) books. And if we’re not going to learn about the changes by journeying through Shannara, the only option — well, the route Brooks has taken — is to update our knowledge via massive, shameless information dumps of a kind that would have non-big-name authors savagely rejected by editors, agents and readers alike; quite possibly even by their own mothers. 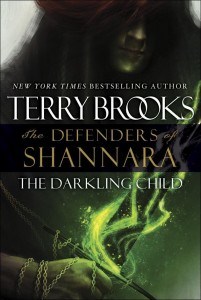 The Darkling Child
The Defenders of Shannara
Book 2

Much of The Sorcerer’s Daughter is just badly written, to the point of embarrassment; that is, it makes me embarrassed, retrospectively, to have read so much Terry Brooks

. The sequences where some action is taking place are slightly less clunky, but then again there are surprisingly few of these. Much of the book is spent inside the characters’ heads, explaining in cumbersome detail (as if to dim-witted actors who will be playing them) their motivations, reasonings, backstories, cardboard feelings and the like. When Brooks tires of this, he has them regurgitate the same information in direct speech. The dialogue is excruciating.

I cannot bring myself to finish The Sorcerer’s Daughter. (Nor will I be hurrying out to buy anything by the fantasy young guns who praise Brooks so enthusiastically on the back cover.) Truth be told, this latest Shannara novel is both amateurish and trite. Reading it is like watching a daytime soap opera; and the worst of it is, it makes me wonder whether Brooks was always like this, and I’ve only just noticed?

A thought, incidentally, more demonic and threatening than anything in the story itself. 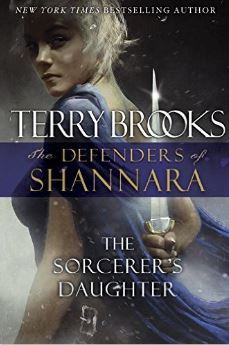 Terry Brooks is an imaginative writer; this there’s no denying. Magic courses through Shannara, spawning creatures of nightmare but also the beauty of the Wishsong. Brooks gives us elves and dwarves and bordermen and druids.