has been? Not that it’s the first post-Return of the Jedi

story given to the galaxy. Not that it’s a gripping and fast-paced yarn. Nope. The most notable aspect per the Internet is that it has several gay characters. And space diapers.

I wish I could say I was kidding, but I’m not. I wish I could Jedi mind trick the Internet into being a less bigoted place, but I can’t. What I can do, however, is tell you that Star Wars Aftermath

is a flawed book, but it’s fun, and a worthy addition to the Star Wars we know.

It’s an incredibly busy and diverse galaxy out there, and Wendig’s got that covered in spades. We get a wide view of multitudinous worlds reacting to the news of the Emperor and Vader’s defeat, the exploding of the Death Star, and how the Empire does not shatter. Instead, it crumbles at the edges and the Rebellion victory seeps in as smuggled propaganda, sowing hope with one secretly-watched holo message at a time.

decided that the right number of viewpoints for this book were twenty-five. You read that correctly. Consulting my notes, I can’t remember who some of these people are much less what they did. I would be ashamed of that if we weren’t talking about twenty-five perspectives.

does what Star Wars has always done best – it puts together a crew of misfits of broken and/or incomplete people, then throws them against the backdrop of a wheeling galaxy. It makes you care. It makes them a family, with just as many secrets and shatter-points as the term “family” implies. The book just has a lot of clutter thrown in alongside them.

And it has a bad-ass droid. I mean, where would Star Wars

be without its bad-ass droids? Nowhere, that’s where. Astromechs built this galaxy, baby.

Okay, protocol droids sometimes help too. Not to mention reprogrammed battle droids named Mr. Bones, who knows the value of accessorizing and that sometimes you need more breaking than building. At least it’s all in the name of keeping our protagonists together, body and soul. 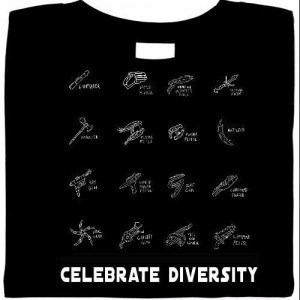 Just as with the previous entries in this new Star Wars canon (i.e. all those released prior to September 4th and covered here), Star Wars Aftermath

continues painting the galaxy with the same wild and diverse palette that characterizes our world. This means that the galaxy is at least 50% female, and we actually get some sense of that – many of the main point of views through which we follow the story are women. And there are no stereotypes here: these ladies are heroes and villains, strong-willed and unsure, brittle and scared and determined and brilliant… y’know, actual people.

(Note: My percentages are likely wrong because there are probably a score or more of gender constructs across the galaxy and its races. I’m just trying to say that there are some awesome women in this book and that’s something we need more of in science fiction.)

builds on the fact that there are POC all across the galaxy. (Finn is not an aberration, guys, and shame on whoever is fomenting boycotts because of him.) Rae Sloane is back from Star Wars: A New Dawn (and the comics), and she’s Admiral Rae Sloane now. She’s an Imperial, yes, but she’s also a disciplined and committed military officer trying to keep the worlds from dissolving into chaos.

Also, there are gay people out there. (Other non-hetero orientations as well, but I’m talking about what we see on page.) This shouldn’t even be an issue, and their appearance in the pages of this Star Wars

novel is just another realistic detail in the depiction of society. The fact that a lesbian couple are related to a protagonist, or that a different protagonist politely defuses a romantic interlude offer by mentioning he’s not into a third protagonist’s lady parts? These details are not an agenda. They’re life, and life ain’t always “straight.”

When it comes right down to it, Star Wars Aftermath

has engendered passionate discussion and that has overshadowed its story. That story is compulsively readable, though largely forgettable and written in extremely fragmented present tense. Once you adjust to Wendig’s style, it reads quickly – and left me for one interested in following up with its crew whenever they soar back into the picture. Yet, more than any of these things, I’m delighted that Chuck Wendig has given us a story where all of our faces can be found living and adventuring in a galaxy far, far away.

Star Wars: Dark Disciple
– by Christie Golden
– Published July 7, 2015
– LucasBooks
– The story follows Asajj Ventress and Quinlan Vos as they work together to achieve the assassination of Count Dooku.

Star Wars: Lords of the Sith
– By Paul S Kemp
– Published April 28, 2015
– LucasBooks
– The Emperor and Darth Vader, find themselves stranded in the middle of insurgent action on an inhospitable planet and they must rely on each other to prevail.

Star Wars: Heir to the Jedi
– by Kevin Hearne
– Published November 24, 2015
– LucasBooks
– Follows Skywalker as he grows from the whiny punk of Star Wars into the more experienced man of The Empire Strikes Back. 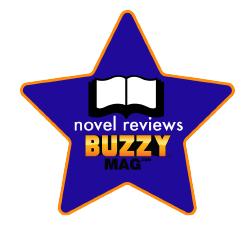 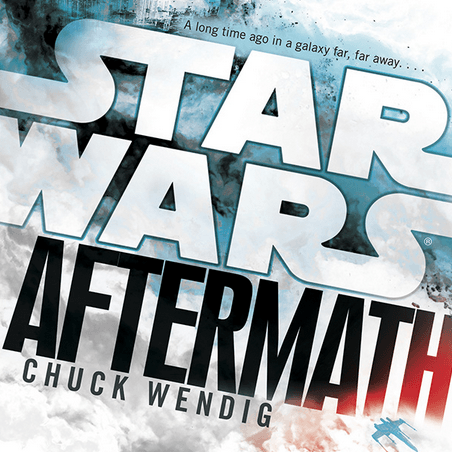 does what Star Wars has always done best – it puts together a crew of misfits of broken and/or incomplete people, then throws them against the backdrop of a wheeling galaxy. It makes you care. It makes them a family, with just as many secrets and shatter-points as the term “family” implies.