Julie Butcher blogs about how some writers have found wealth and fame, while others will not. Luck? 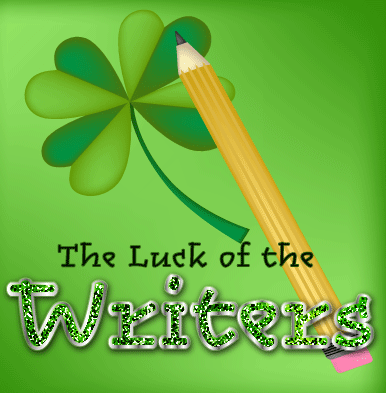 Saint Patrick’s day is almost here. When I think of March 17th, I think of that little guy on the Lucky Charms box, and shamrocks. Then I think of four-leaf clovers and luck. Then I think about how much luck it takes to get published. Now I know you’re sitting there wondering exactly how much luck you need to squirrel away in order to get your manuscript in front of a New York publisher.

(Drumroll with three-leaf clover confetti shot from a cannon).

You do not need a four-leaf clover or a lucky rabbit foot. You absolutely do not need to light candles, or throw salt over your shoulder, or make the sign against the evil-eye and spit. Especially no spitting because seriously, that is so very gross. What you do need to do is to write a book, and then write another. Even if you’re not trying you will still get better. Your brain is an awesome machine that takes information and problems and then sorts things out in your unconscious. You will get better.

Luck comes into the equation after you are published or self-published. For example, there has been erotica written for years. Fifty Shades of Grey, in my humble opinion, was not exceptional writing. But for some unknown reason it went huge. The more people said bad things, the more money it made. Not one person knows why. It just did. The only reason I can think of is that it was at the right place in the right time which would be luck. Instead of griping about how well E.L. James did and how very much money she made, maybe we should ask for a lock of her hair to carry around instead of that pesky rabbit foot.

People complain about the writing. I would imagine that the author did the best she was capable of at that time. The next trilogy she writes will be better writing because that is what the brain does. It learns. Will her next book skyrocket to the stars? Who knows. She might never write another book because she makes good investments, and will have loads and loads of money. I don’t know. If we knew the secret formula for luck, we would all be millionaires and you’d need to know it in order to publish at all.

Maybe it is better to have that hope of luck jumping on board your book’s bandwagon. But until you put your butt in the chair and finish your story you don’t even have that.

Most of the bestselling authors you envy have a large number of books published. They are famous because they have worked hard. They gave up free time and parties and hanging out with friends to put their butt in the chair and write. I would be willing to bet green money that they spend less time on Twitter and Facebook than we do.

For example, everyone’s favorite man to give you goose bumps is R.L. Stine. That is a total given. But he has written over four hundred stories. FOUR HUNDRED, guys. Stephen King has seventy books. Dean Koontz has ninety-one. Yes they absolutely are super stars in the literary world but holy jeez that is a boatload of time sitting in their chairs and learning craft. It wasn’t luck. It was work. It was hard work and dedication and more work. But when they go to their agents with a new book it will sell because they know what they are doing.

It will not sell because of luck, or lightning strikes, or any other puling representation you use for fate knocking someone in the head with a super-magical wand and then making then famous. Their books sell because they have learned the craft with thousands upon thousands of hours spent in a chair, pounding out words.

Most writers do not yet know what they are doing. One in ten billion new writers will grab the world like Fifty Shades of Grey. Frankly, my dear, you have a better chance of winning the Powerball drawing. (1 in 175,223,510). So let’s be happy for E.L. James like we are when someone in another state wins the big jackpot. We never really expected to win it for ourselves anyway. The fact that they won doesn’t really have an thing to do with our lives. They didn’t take anything from us by winning. 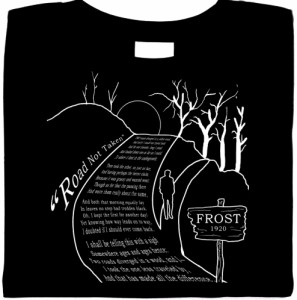 Instead of moaning and groaning over how we do not have any luck, let us instead focus on craft and becoming better writers. We’ll earn our chance the old-fashioned way—with hard work, numb bottoms, and a serious case of carpel tunnel in our fingers. We’ll walk our dogs while shouting dialogue and seriously creeping out our neighbors. We’ll get ourselves put on Homeland Security lists by researching how to dispose of dead bodies and how to use a mercury switch in a bomb.

We will pay our dues, tuck our old novels into the darkness under the bed, and by golly make our own luck. If luck does decide to bap us on the head, great. If it doesn’t, we will be just fine.